"I rank Coffin among the luminaries of the genre - right beside Wambaugh, McBain, and Ball." — LA Times bestselling author Baron Birtcher

"Among the Shadows is the best debut I’ve read in ages." — Award winning author of the Mike Bowditch mystery series Paul Doiron 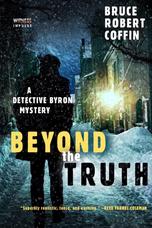 "Terrific! Fast-talking, smart, and cinematic, this entertaining page-turner is so knowingly authentic only a genuine cop turned storyteller could have written it." — Hank Phillippi Ryan, Agatha, Anthony, and Mary Higgins Clark Award-winning author)

​Fall in Portland, Maine usually arrives as a welcome respite from summer’s sweltering temperatures and, with the tourists gone, a return to normal life—usually. But when a retired cop is murdered, things heat up quickly, setting the city on edge.

Detective Sergeant John Byron, a second-generation cop, is tasked with investigating the case—at the very moment his life is unraveling. On the outs with his department’s upper echelon, separated from his wife, and feeling the strong pull of the bottle, Byron remains all business as he tries to solve the murder of one of their own. And when another ex-Portland PD officer dies under suspicious circumstances, he quickly realizes there’s much more to these cases than meets the eye. The closer Byron gets to the truth, the greater the danger for him and his fellow detectives.

This taut, atmospheric thriller will appeal to fans of Michael Connelly and John Sandford. 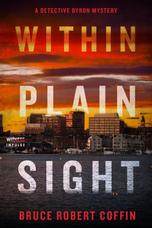 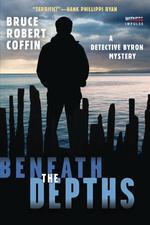 "With the twists and racing pace of a thriller and the profound authenticity of a police procedural, Among the Shadows is the kind of debut crime novel that could only be written by an ex-cop."
— Brian Thiem, author of Red Line

"A gripping atmospheric thriller that finds the dark side of Portland, Maine. The Detective Byron mystery series is one of the finest to arrive in a long time." —#1 New York Times bestselling author Douglas Preston

In this latest gripping mystery from bestselling author Bruce Robert Coffin, Detective Sergeant John Byron is back—and ready to prove that no one on his beat is above the law.

When the body of prominent Portland attorney Paul Ramsey turns up in the bottom of Casco Bay, following his loss of a multimillion dollar civil trial, Byron knows it's no accidental drowning. Golden boy Ramsey had a dark side—and Byron believes the key to solving his murder lies in uncovering those secrets someone wanted buried along with him.

With the brilliant Detective Diane Joyner by his side, Byron takes on Ramsey's former employer, the powerhouse law firm of Newman, Branch & DeWitt. But delving further into the troubled waters of Ramsey's past only serves to lengthen the list of suspects—unleashing a perfect storm of corruption, betrayal, and murder that only Byron can stop. If he's not too late.

"Bruce Robert Coffin knows cops—how they talk, how they act, how they think—and he deploys that knowledge to devastating effect. Among the Shadows heralds the arrival of a powerful new voice in crime fiction." — Chris Holm, Anthony Award winning author of The Killing Kind

"When a lawyer who’s already antagonized half the people in Maine winds up dead, every pine tree in Portland seems chock-full of suspects. A sturdy, starchy police procedural."

When a popular high school senior is shot by police following a late night robbery, chaos ensues. The actions of the officer are immediately called into question. Amid community protests, political grandstanding, department leaks, and reluctant witnesses, Byron and his team must work quickly to find the missing pieces.

And when an attempt is made on the officer’s life, Byron shifts into overdrive, putting everything on the line. Was the attack merely retribution or something more sinister? The search for the truth may come at a price not even Byron can afford.

The latest gripping installment of the award-winning, #1 bestselling Detective Byron mystery series: a grisly crime captivates Portland, sending John Byron and his team on a wild chase to catch the killer before it's too late.

Amid the dog days of summer, Detective Sergeant John Byron is called to the scene of a horrific crime: a young woman's body dismembered and left in an abandoned Portland lumber yard. The killing shares striking similarities with a spate of murders committed in Boston by a serial killer known only as the Horseman.

As Byron's team investigates the case, they quickly push up against powerful forces in town. But Byron will stop at nothing to find the truth, not when there is a killer on the loose and everyone is a suspect. Has the Horseman expanded his killing field? Is this the work of in ingenious copycat-or is nothing as it seems? One thing is certain, Byron must uncover the truth before the killer strikes again.

"You will not want to stop reading once you start."